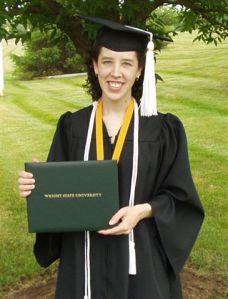 My history studies included over 50 quarter hours of history courses, focusing primarily on American history. I especially enjoyed courses on the American Revolution, Early American Republic, and the Civil War. I also completed a departmental honors project in history, which resulted in an 81-page monograph about “The Great Ohio River Flood of 1937” (specifically at Portsmouth, Ohio, my hometown).

Among my electives, I took 20 quarter hours of Italian language courses, which I enjoyed very much. (It has come in handy for deciphering many of the manuscripts and photo captions of my grandfather, who was born in Italy.)